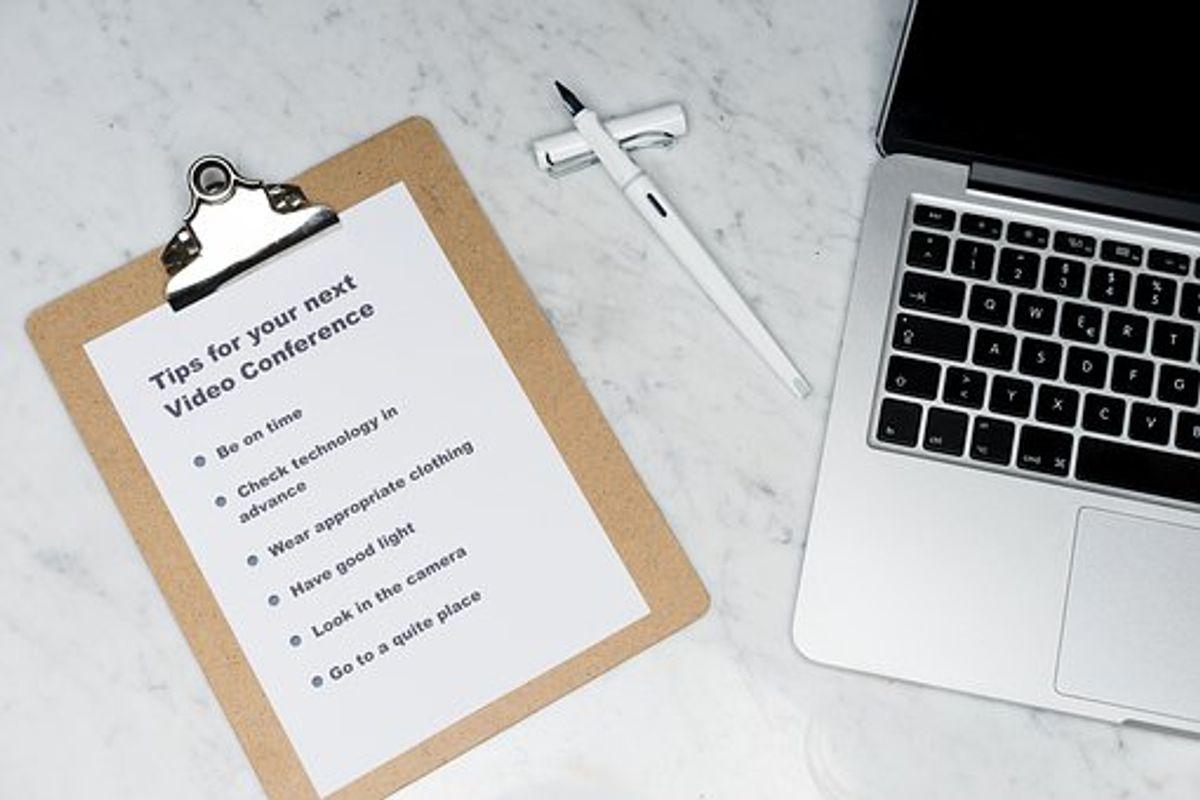 Jenkins Tutorial – The Basics of Installing and Using Jenkins

Before you begin installing Jenkins, make sure you install Git locally. After installing Git, restart Jenkins by following the instructions. Also, ensure that your computer has at least 2 GB of RAM and at least 10 GB of space on your hard drive. Jenkins is a Java servlet that runs on an application server called Jetty. Plugins are available for it too. It also supports Docker. This article will explain the basics of installing and using Jenkins.

Contents hide
1 Jenkins is a Java servlet.
2 It runs on a Jetty application server.
3 It uses plugins
4 It supports Docker
5 It has a GUI
6 It is free
7 It is a CI/CD tool

Jenkins is a Java servlet.

Jenkins may be a good choice if you’re working on a large-scale software project. This Java-based tool can execute test scripts, achieve test results, and print reports. It can also be used to automate workflows. It also helps identify problems in a product before they are critical. With over 1500 plugins available, Jenkins is an excellent tool for your development process. In addition to its powerful feature set, Jenkins is free and open-source.

Jenkins is available in both web and desktop versions. You can run it on a Java platform on Windows or Linux. To run Jenkins, you need a Java virtual machine. You can use Oracle JRE or OpenJDK. The Java virtual machine must support Java 8 and up. Jenkins runs as a Java servlet within an application server such as Jetty. It can also be run on Apache Tomcat.

After you’ve installed Jenkins, you can modify its settings. Click on the ‘Manage Jenkins’ menu in the left-hand menu. Here, you can set the JENKINS_HOME environment variable or system property and the JNDI environment entry. You can also change the port of Jenkins to another. If you’re using a web server, use a port of 8080.

It runs on a Jetty application server.

The popular open-source automation server software Jenkins recently published an advisory regarding a critical vulnerability in the Jetty web container. The vulnerability can lead to memory corruption and the disclosure of confidential information. The vulnerability has a CVSS score of 9.4. Jetty is a Java HTTP server in many software frameworks, including Jenkins. To combat the vulnerability, users of Jenkins should upgrade to the latest version. To learn more, read the advisory.

Jenkins is available as an open source, self-contained Java server that automates the software development process. Installation can be done by using native system packages or through Docker. The server is portable and can be installed on any machine with a Java Runtime Environment (JRE). Jenkins is a Java servlet that can be run standalone, as well. You can deploy Jenkins as a Java servlet within the Apache Tomcat or Jetty application servers.

This Jenkins tutorial shows you how to use plugins to extend the functionality of your build pipeline. Plugins can do many things, from annotating console output and changelogs to influencing the priorities and assignment of build queues. They can also add node monitors or query metrics providers. It’s really simple to use plugins with Jenkins. This tutorial will also show you how to develop your plugins. Plugins are a great way to extend Jenkins and improve its overall performance.

One of the most useful plugins for Jenkins is the Task Monitor. Using this plugin, you can get a live dashboard of all the tasks running in your build pipeline. It allows you to track how long a particular task has taken to run. You can also group tasks with the help of this plugin. There are several other plugins for Jenkins, but this is the one I use the most. These plugins are free and open source.

Start by going to Manage Jenkins and clicking Plugins to install a plugin. Select the Role-based Authorization Strategy plugin. After installing the plugin, click OK and then apply the changes. The plugin will now be ready to use. You can use this plugin for every build job that you perform. You can even run the same build over again. This plugin is extremely useful for building large projects and testing different application versions.

If you’re using Jenkins to run your software projects, you can now use Docker containers to run your jobs. Jenkins supports Docker by providing a Docker image that contains the latest Long-Term Support release of Jenkins. This image does not contain the docker CLI or Blue Ocean plugins, so you must install them manually. For more information, check out the official documentation. To get started, download the official Docker image.

The image you download from the Docker registry is named “Jenkins-lts-jdk11”. It contains the name of the Docker repository and the image you want to run. Each repository has many tags, and each tag may have a different image. Because the images change frequently, you’ll want to back up your data regularly. For example, using an older version of JDK, you can start a new image on a different Docker master node using the backup data.

Creating a new image is easy. To build a new image, you need to edit a Dockerfile file. You can read the documentation for more information on the commands. You can install the Jenkins plugin-CLI script on your container if you don’t know how to run a Docker image. This script is included in the base Jenkins image. Once you’ve installed the plugins, you can build your Docker images.

It has a GUI

Before completing the Jenkins tutorial, you should understand how to set up the system. The first step involves creating a service account with the proper credentials. This will make the administration of your API tokens much simpler. Next, you should integrate your Jenkins file into your version control system. Click on the GitHub+Maven option and add credentials to it. Once completed, Jenkins will be ready to run your first pipeline.

A pipeline in Jenkins is a series of interlinked tasks run in a pipeline. This pipeline includes multiple plugins to simplify integration and implementation. Using plugins helps reduce the time and development effort and is more secure than a command-line interface. You can configure the settings of each pipeline in the Jenkins GUI and the UI. Once you have set up your pipeline, you can use the visual editor to make changes and view the results.

If you want to learn Jenkins, you will have to know how the software works. Creating a pipeline is an important part of software development, from development to production. The Jenkins tutorial will teach you how to build and deploy your software quickly and safely. The tutorial also explains how to manage your pipeline. Whether you are just starting to use Jenkins, a tutorial can help you get started. You can find a free Jenkins tutorial by searching for the keywords “Jenkins.”

A Jenkins tutorial explains the basics of continuous integration and how to use it. It focuses on beginners and advanced users and is intended for startups focused on automated DevOps. The tutorial takes you step-by-step through the different layers of the tool, including the Jenkins architecture. It also teaches how to use the CI pipeline and configure automated build notifications. It also covers topics that apply to software developers of any programming language.

There are many places to learn about Jenkins. MOOCs, online education providers, and other sources are good places to start. Look for free courses on Udemy, Coursera, Edx, Skillshare, and Udacity. In addition to free tutorials, you can also find paid courses. There are many courses to choose from, so you’re sure to find one that meets your needs. If you’re a beginner, start with a free Jenkins tutorial and progress to the next level.

It is a CI/CD tool

You may have already heard of Jenkins if you are currently using a version control system. A CI/CD tool facilitates continuous deployment, integration, and iterative development. Despite its name, this tool is not limited to one type of project. Many projects use Jenkins, including large media companies, government agencies, healthcare providers, and financial institutions. Your budget is the most important thing to remember when choosing a CI/CD tool.

The downside of Jenkins is its user interface. It requires some server administration knowledge and does not offer many user-friendly features. However, you may find Jenkins a good fit if you have the technical know-how. It’s also a Java-based tool, so it should be compatible with any operating system. Jenkins can also be installed on Mac, Linux, and Windows. In addition, the tool is a self-contained Java program, so it’s easy to install. Furthermore, Jenkins has cloud-based architecture support, which works on all major cloud platforms.

CI/CD is becoming a crucial part of agile methodologies. Many organizations have adopted agile methodologies, which promote continuous delivery. One key element of this methodology is scrum, a framework that promotes continuous integration and delivery. This method allows developers to build and test software as often as possible, while clients can check how well their project is building as it changes. During this process, requirements are updated according to the changing business needs.

Learn the Basics of Kotlin With an Android Kotlin Tutorial